We Speak Ourselves Into The World: How Language Creates Expression

Home » Blog » We Speak Ourselves Into The World: How Language Creates Expression

Little toes, blushed cheeks, parched lips, low pitched, sucking tongues, with a shrill voice a baby cries into this world. Was it the first form of expression? Indeed! When a baby is born, the first spec of communication he gives is the cry. We all start our lives by expressing ourselves and we live through it in the same way. It creates a shift in the way we understand and perceive, not only ourselves but for others too. We speak ourselves into the world, into transformation and new possibilities for ourselves and others.

When we put forward this question a giant majority will jump up to reply- Language is a tool or a system of communication- conventional spoken, manual (signed), or written symbols through which humans express themselves as members of a social group and participants in its culture. This is a widely held idea. But what is language actually? What is it for?

Well we see it as a definition rather than an idea. Even when you look closely, we do so much more than just communicate with our language. It is a key tool that we cannot put away.

Language creates and generates, it does not simply describe.  A simple example- each time we say “a yes or a no”. Think of it like this, each time we say yes, it creates a possibility of something new, we open up a new avenue, and even when we say no some door closes. Language creates. All the stories we narrate, are all events that once happened, and when we narrate them, how does it come out? Isn’t it in the form of language that we speak?

Language as a Communication Barrier

There are so many languages in this world and each part of the world uses a different language. When people are not able to communicate with each other because they are not familiar with the language it is called a communication barrier.

Language is the primary impediment to effective communication. They are the most common communication barriers that lead to misunderstandings and misinterpretations among people. They represent the difficulties that two people who do not speak the same language face when attempting to communicate with one another. They can also refer to the two people’s complete lack of communication.

Language forms a great part of our communication. It gives us the power to speak, communicate and express. Think of it like this- I speak French, “La vie est belle”. Even though I was able to understand this, you were not. And even if you took the trouble to copy the text and translate it in your language you would not have been able to understand the essence of what I truly meant.

Language as a form of expression

Now comes the question if my statement was well received by the counterparty even when it was delivered in the same language? Or did language have no difference? It’s not true, Language is a form of expression. It directs our path of understanding.

To put a definition to it- Expression is the act of putting thought into verbal form, which involves encoding or creation of a text or utterance. Expression is the process by which our emotions are delivered. It is a way we present ourselves to others and others understand us. Expression gives us the ability to communicate, through the use of language.

Language is the best form of expression. It depicts our emotions and state. Individuals participate in language as a speaker/listener as well as a writer/reader (depending on their role), and this participation includes both acts of expression and communication.

Chalmer Brothers is a certified executive coach, an expert in leadership development, and the best-selling author of Language and the Pursuit of Happiness (2005) and Language and the Pursuit of Leadership Excellence (2015). He is the master creator of SOAR Leadership and Personal Development Training. He, as a coach, helps organizations create a culture of trust, accountability, and effective communication to increase productivity and engage employees for a healthy workplace environment. Chalmers has spent more than 35 years on leadership development, effective communication, and performance improvement. He is committed to helping shift the consciousness of millions of people. 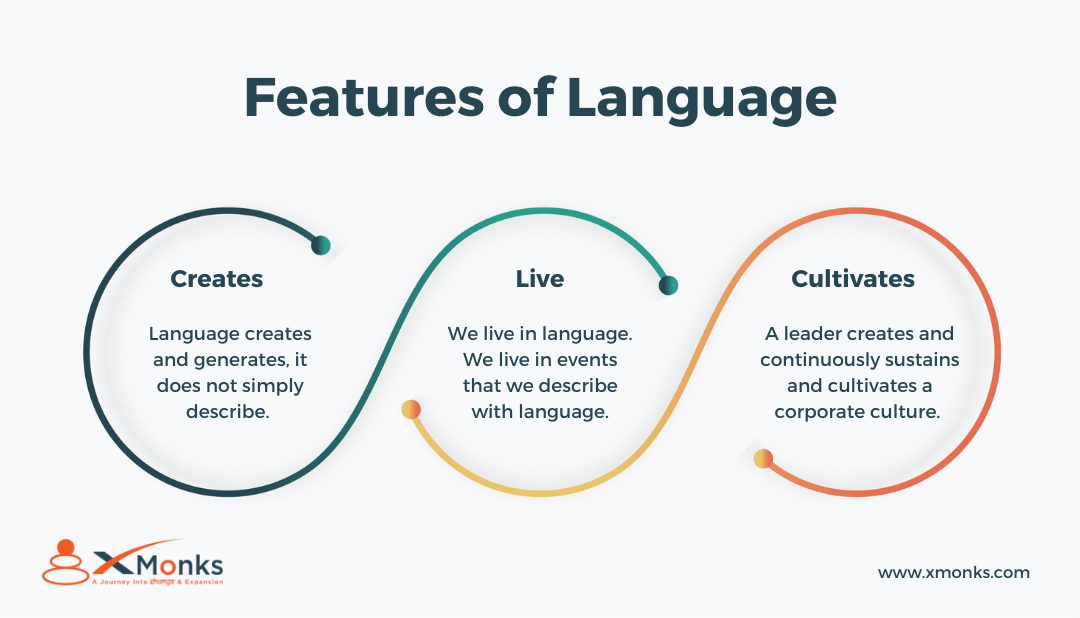 Like This, Share Now
How Language Creates ExpressionLanguage as a Communication BarrierLanguage as a form of expressionThe power ConversationWhat is Language
ShareTweetPin itShare