The Gift of Team Coaching

A step into silicon valley will show you the scrappers reaching the clouds. High-tops, concrete walls touching the fluffy mist of air.

Ever wondered what got them there?

The multiple windows, in the multiple floors, all stacked together to form a series of floors.

Now let’s take a pause, and think of the word Individual. When we talk about coaching, we consider an individual having a profession involved as a coach. But is Coaching really for an individual? Well, the answer is no. Coaching is a dynamic process that involves the engagement of two individuals- The coach and the coachee, working together as a team helping each other learn, grow and overcome challenges.

Coaching, of whatever niche it may be is a process of unlocking the potential. This can take place in a number of forms like executive coaching, life coaching, group coaching, leadership coaching, business coaching, and many others. Each of these forms carries a special segment for its clients. In this blog, we will reveal the hidden gift of team coaching.

What is Team Coaching?

In the light of understanding what exactly is Team coaching, we first need to understand what is a team and how is it different from a group. So according to the definition given by Cambridge Group is defined as a number of people or things that are put together or considered as a unit. On the other hand, when we dig deeper to understand the meaning of a team, we would know that a Team is a group of people formed particularly for the reason of achieving a goal or a purpose. A team is a group, but a group is not a team. So, even though they may look similar they are highly contrasting from each other.

Now, that we have a vague idea of what a team is, we must first look at some of the early definitions of Team Coaching.

In 2005, Hackman and Wageman developed the following definition of team coaching: direct

interaction with a team intended to help members make coordinated and task appropriate use of their collective resources in accomplishing the team’s work’ (p 269). This definition made it apparent that it included collaboration with the entire team, not just team members, and it underlined the importance of staying focused on the goal and making the greatest use of resources.

Another function of team coaching that was also articulated by Hackman and Wageman (2005) was in a way that it incorporated both performance and process. ‘Interventions that prohibit process losses and stimulate process gains in each of three performance processes: the effort people put in (motivation), performance strategies (consultation), and degree of knowledge and ability (education),‘ they wrote. Even David Clutterbuck (2007: 77) gave a similar definition of team coaching as: ‘Helping the team improve performance and the processes by which performance is achieved, through reflection and dialogue.’

Team Coaching is a process of developing the team to increase their efficiency to work together as one. Working with an unbroken team to develop and accelerate the team’s ability to work together to achieve results is what Team coaching entails. In most cases, the coach also gives one-on-one coaching to the team leader in order to assist the leader in achieving the required goals in the most efficient manner possible. The goal is to strengthen communication and relationships while also establishing a clear vision for the future so that the team can work together to complete their task.

One of the most evident advantages of team coaching is that using this systematic approach for team coaching improves the speed with which a team may achieve its goal. It helps to hold the team members accountable for their actions their accomplishments and their commitment to one another. Because learning action and cooperation are so intertwined into the team coaching journey the outcome of the team coaching allows ideas and improvement towards the team goals to be worked on and shared in real-time. 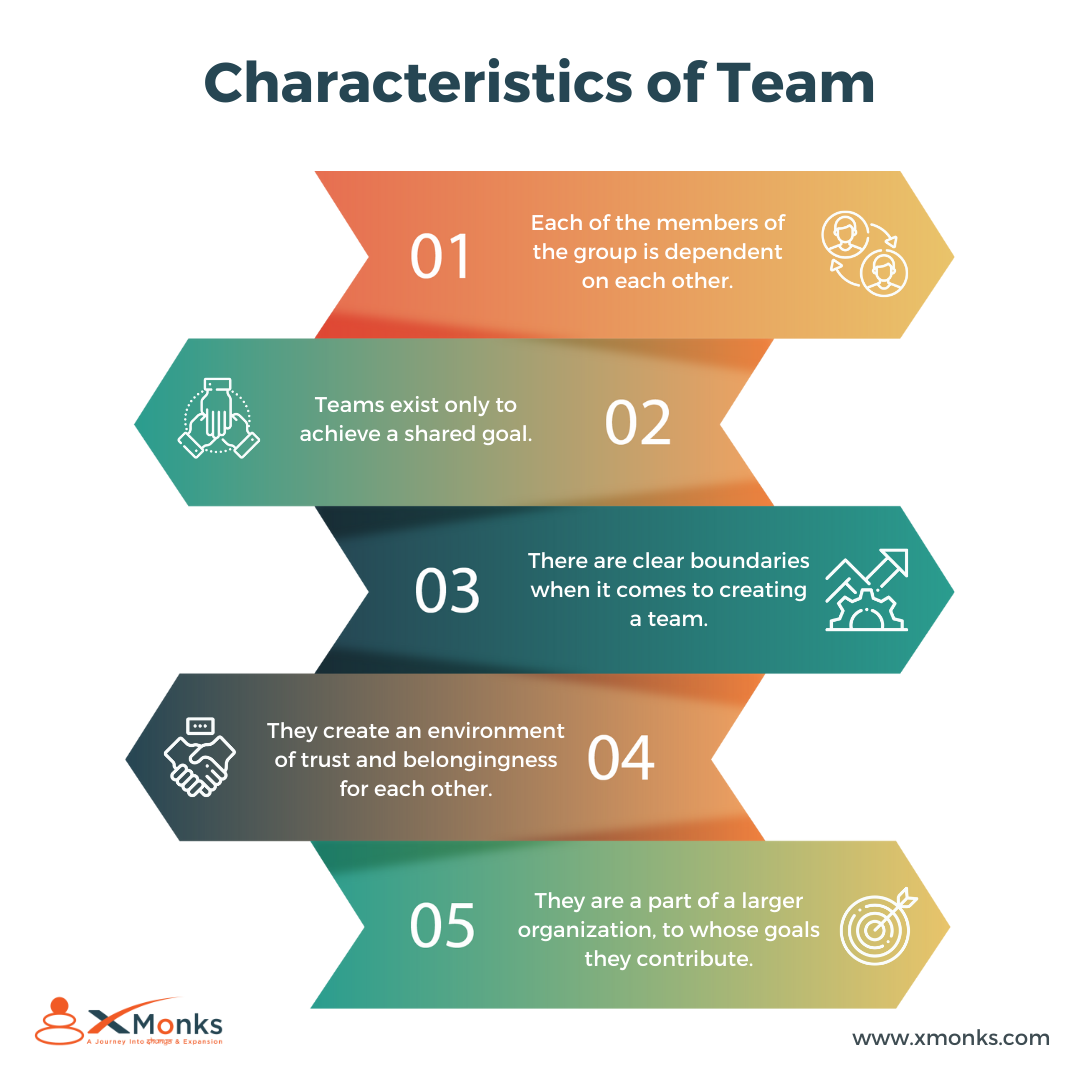 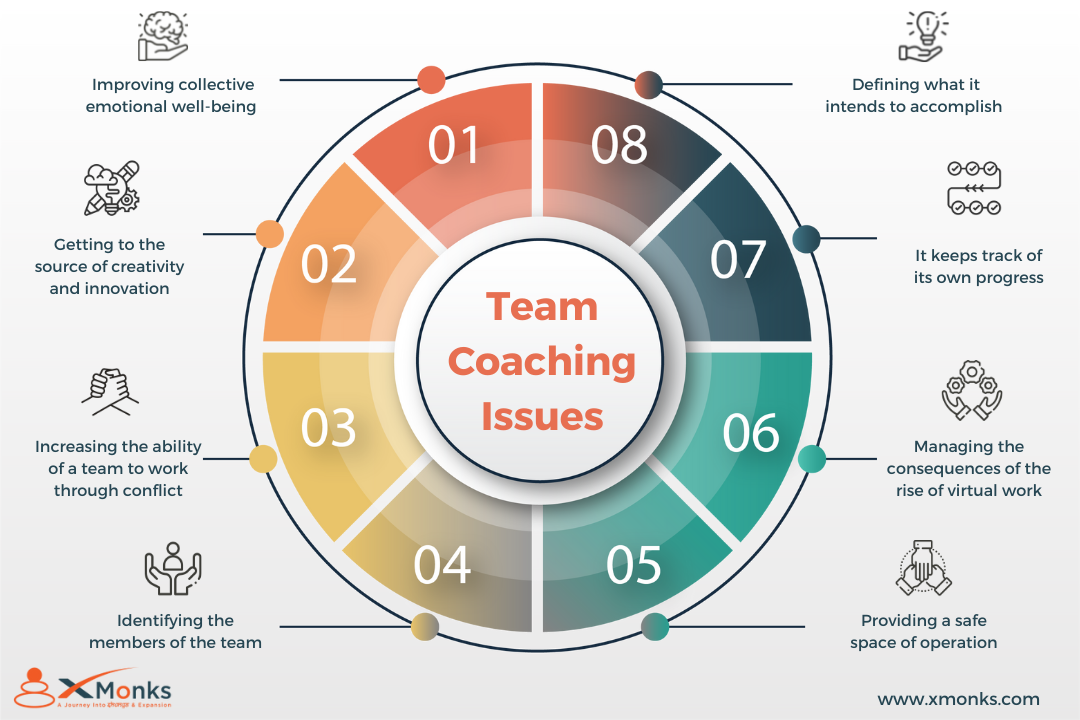 How to increase team effectiveness?

Due to the multiple issues that a coach has to face while he is working with his team can only be resolved by using some of the techniques to increase the team effectiveness. For this, it is important to start at the primary step that is to start at the very Foundation and apply all the core competencies that are laid down by the international coaching Federation. Coaches need to make sure that whatever process they take to increase the team effectiveness they need to meet the ethical, legal, and professional guidelines of ICF. Given below are some of the ways in which you can increase your team’s resilience and effectiveness.

Coaching the team entails building a team-created and agreed-upon agreement, as well as ensuring that all team members understand the overall objective and desired outcomes of the coaching, as well as any one-off coaching exercises.

Often coaches work from a space of emotion and get attached to them in such a way that the team coordination and corporation get hampered. As coaches, you need to make sure that you work and build the right relationships within your team.

Because there’s more going on, building and maintaining connection and engagement in a group or team can be more difficult than it is one-on-one. Keep an eye out for sensing a lack of warmth and openness from the entire team or certain individuals looking away and squirming making you feel restless and uneasy.

For a team to function together, trust and respect for each other is really important. This is because a team needs to work together on a common goal, so if there is no respect, there is no trust then the aspect of I may flourish. 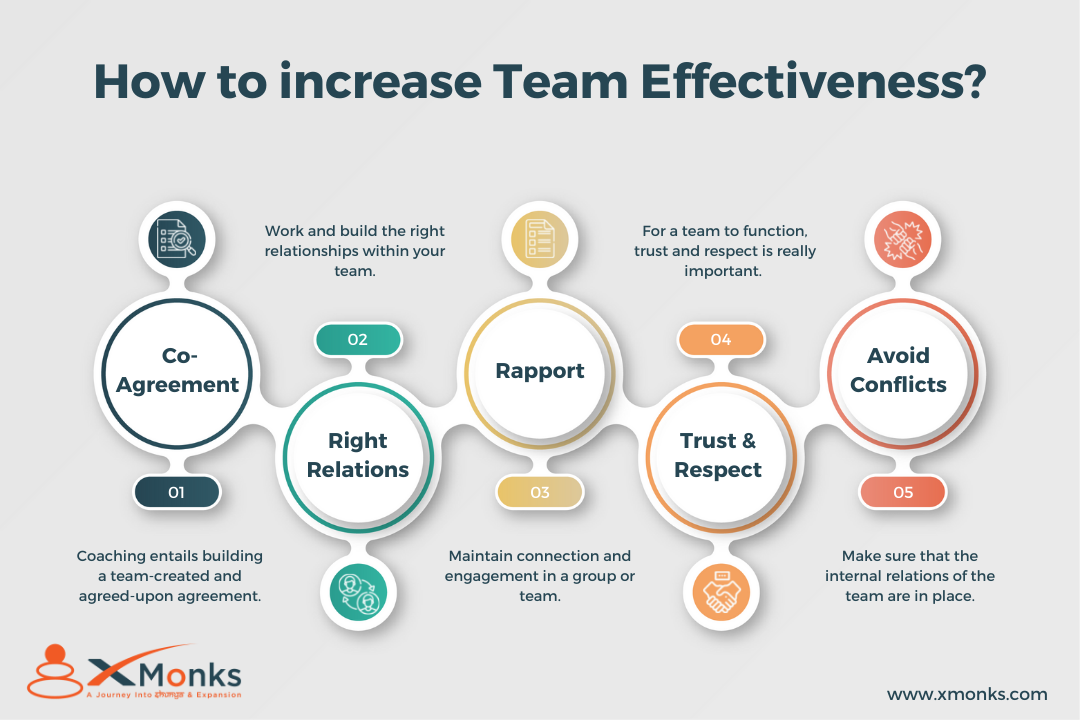 The last and the most important step is to make sure that the internal relations of the team are in place and intact with each other. This means that there should be no feeling of animosity, distrust, jealousy, or anger within the team.

While indulging in team coaching moments, Introduce coaching opportunities from time to time in team meetings when you’re discussing difficulties and possible solutions.

Embedding a coaching style of working together

Encouraging and empowering your team members to think for themselves

Invite everyone to ask each other, without worrying about being right or wrong,

Ask the following questions in pairs:

This way the team will progress and advance by knowing each other, understanding each other. Not only this but it will add trust within the team. You will see a lot more ‘games’ being played in teams with team members switching between roles. You’ll be better able to avoid getting ‘hooked’  if you’re aware of potential interpersonal dynamics and the games individuals (including yourself) are playing. You’ll be more effective as an individual and as a team this way. Be mindful of who your team is, how you need to work with them, and advance in such a way that the goal is achieved in the most effective way.

What is the definition of Team Coaching?

Team coaching is a method of improving a team’s efficiency and ability to work as a unit. Team coaching comprises working with an unbroken team to develop and accelerate the team’s capacity to work together to achieve results. In most circumstances, the coach also provides one-on-one coaching to the team leader in order to help the leader achieve the desired goals as quickly as feasible.

What are the characteristics of Team Coaching?

Some of the characteristics of Team Coaching are as follows:

What are the major Team Coaching issues?

Some of the major issues of Team Coaching are as follows:

How can coaches increase Team Effectiveness?

Coaches must ensure that whatever method they use to improve team effectiveness complies with the ICF’s ethical, legal, and professional criteria. Some strategies for increasing your team’s resiliency and effectiveness are listed as follows.

Collaboration in the creation of agreements

Developing the Right Relationship is one of the most important aspects of team coaching.

What is David Clutterbuck’s definition of team coaching?

Many people have defined Team Coaching, facilitating different aspects of team coaching David Clutterbuck defines Team Coaching as Helping the team improve performance and the processes by which performance is achieved, through reflection and dialogue.

What Coaching Is & What It Is NOT!

Previous
The Case of Countertransference
Next
Self-Actualization: What does Maslow’s Theory Says?