Developing Your Own Coaching Philosophy

One of the most difficult careers you can choose is coaching, but it is also incredibly rewarding. You must craft a coaching philosophy to succeed.

A good philosophy of coaching is focused on clear-cut standards that guide the programme. Not only can these norms determine who you are, but what you believe in. When all activities are guided by a steady and uniform concept, an effective coaching philosophy leads to more effective outcomes in your programme. In a nutshell, your theory of coaching includes your view of the world and how to influence your coaching programme by incorporating those views and experiences.

Your coaching philosophy is key to your coaching career and defines what kind of a trainer you can become. In practise and competitive environments, the coaching style you select is integral to how you define your career and how your team works. The coaching philosophy is the backbone of your programme; it not only directs you and your workers, but it also sets the stage for your team’s individuals. This helps them to take responsibility for their own decisions and choices, and it allows them to satisfy the expectations that influence them as individuals and as a whole team.

Importance of developing your coaching philosophy

No matter their definition, all good coaching philosophies have one thing in common.

And what is it?

They clarify the intent, principles, and values the coach follows.

The majority of coaches do not endorse the use of coaching philosophies. They may not understand how philosophy can have an effect on their practises and methods for everyday coaching. However, a coach’s theory isn’t purely a matter of philosophy. Coaches around the board put a great deal of stock into their playing experience. Our philosophy is largely focused on our past high school and college coaches. This is a possible starting point because it is how we are most comfortable with the subject.

Therefore, how can a coach approach the construction of an effective coaching philosophy?

The coach has the right to assess the best approach to coaching. The client hopes that the coach will set the course and flow for the coaching session. The coach chooses the initial path for each session by listening to the first statement of each client.

A collaborative coach guides anyone through an investigation process, a learning process, and an action process. Much like most types of coaching, our purpose is to help someone get where they want to be, such as contributing to a positive result. The arrangement with the consultant appears as an equal partnership, rather than as a parental or advisory relationship. By making a distinction between how you intend to behave as a coach and those acts you must conduct, you are able to determine how your coaching behaviour would be influenced by these goals.

A collaborative coaching philosophy is centred around the premise that individuals should be empowered with the opportunity to determine their own destiny. They use their professional listening, questioning and reflection skills to build a highly productive conversation Some of these philosophies come in the form of laws of behaviour, and others appear in the form of perspectives of what coaches are expected to do or not do within their capacities to follow these philosophies faithfully, this will strengthen their ability to teach effectively over time. 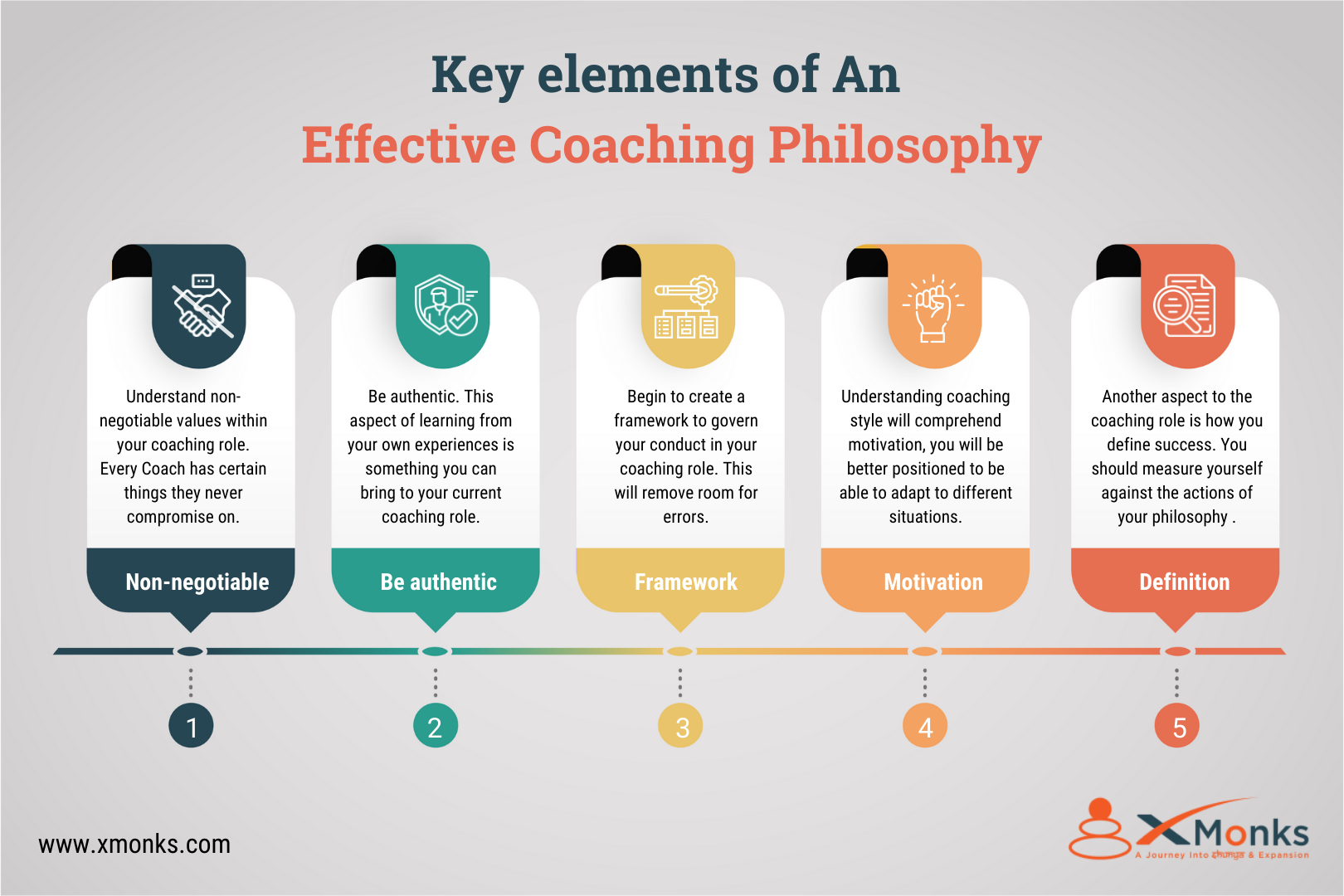 You should measure yourself against the actions of your philosophy and judge for yourself whether your philosophy is being lived out. It is helpful to evaluate why your theory gives you the results that you trust most, and you will continue to improve and evolve them as needed over time.

Now that you know why it is important to build your own philosophy of coaching in order to leave a mark as a coach.

Stay tuned for our next blog on Why does every coach need a coaching philosophy.

What is a coaching philosophy?

Who is a philosophy coach?

A philosophy coach offers clear instructions on the goals to be pursued and how to accomplish them.

What is an effective coaching philosophy?

What should one inculcate in their coaching role?

It is largely about being yourself to be a coach and this means being real. You are expected to bring the best of yourself to your work. You should add the element of learning from your own experiences to your present coaching role.

How important is one’s coaching style?

The coaching style you choose in training and competitive environments is vital to how you identify your career and how your team works.

What is the Importance of coaching in one’s life?

Coaching has been known to increase confidence, enhance job efficiency, and create strong communication skills. The advantages can be much more extensive and unique to a person.

Guide to Developing your Coaching Philosophy

Why does every coach need a coaching philosophy?

Previous
Coaching for Trauma Recovery: Focusing on the Lows to get High
Next
Getting to know A Corporate Coach