Once in a while someone comes around and changes our perception about things that seem general. Who could have thought that one would want to live the lifestyle of a nomad? Is being nomad more than a lifestyle? In lieu of answering that Kevin Cottam is here bringing a new perspective. He is on a mission to introduce The Nomadic Mindset to each man out here.

Kevin Cottam is also the author of the book titled “The Nomadic Mindset”. We got a chance to sit with him and elaborately discuss what he means by rebirthing oneself.

The parallel between a nomad and rebirth is that your past self is let go. A nomad moves on, leaving old attachments and building the next place. A rebirth as a nomad is when you leave your old self and move on to welcome a new you.

Killing Your Old Self to Give Birth to New

Anything new comes after the old goes. One fine example is a snake shedding its old skin. On being asked whether Kevin himself went through such a process of killing old self to give birth to new, here is what he answered.

“I think what got killed was the ego itself, and the thinking of what”

And the way that I was looking at it from that point of view, that everything indicated along the way, indicated something was wrong.

“But I wasn’t listening.”

So the birth that came after that was the—

“So spirit, all of that came to life, which it wasn’t. It was there before, but it was not awakened.

And it was awakened by the shaktipat(cap) experience of the guru, some months later.

And the realization that all things fall into place, for the right reason became very clear.

You will notice Kevin refers to his past self as a third person, indicating that it does not exist. The past self is the one he does not resonate to now. At present, he follows the calling of the universe. As Cottam transcended the path of nomadic lifestyle, he learnt to live with innate desire to follow the flow of Universe. And nothing could come between the flow of universe and him.

Do Not Block The Intention of Universe

For a life that is in flow with the universe, it is not possible without letting yourself in the flow of the events.

“We block the intention of the universe, for whatever reasons, could be fear, it could be lack of consciousness. It could be external environments, it could be our desires of materialism, it could be a variety of things.

That’s what we find in our coaching today is that people—-they’re not aware. They’re not necessarily conscious a lot of the time. And that’s part of our Dharma in many ways, is to open them, expand them to the possibilities, so that they can evolve.

Possibly the universe talks to us every moment, provided we are willing to listen.”

Listen deeply to the universe, life would be so different.

Cottam is a renowned author of the book Nomadic Mindset. He is one of those people in the world who knows nomadic lifestyle and what it entails. He is living it. Hence, of course a major part of the conversation involved him explaining the idea. Here is a short version of that.

“Nomadic cultures exist all around the world in different countries. Most of them are not nomadic anymore. Most of them are semi nomadic, because they spend part of their year settled in a location. And they don’t move just to move. They move only for survival. Generally speaking, and nomads, there is a definition for Nomad in a dictionary. And that usually is somewhere around it’s a, it’s a culture, it’s a tribe, it’s a group of people that move from place to place to find new pastures, so that they can survive.

The nomadic mindset came to be really was, that it is the movement of the mind.”

Builder and Settler and Nomadic Mindsets

Kevin postulated that apart from a person being nomadic, there are two other mindsets he believes in. In the world of a nomad, we come across three mindsets. Here is how Kevin explained.

“I also have two other mindsets that I talked about as well. And that is the builder mindset and the settler mindset. And I think from the word you can start to understand and probably put sort of an avatar together of behaviors, it doesn’t take a lot to really decide upon who is who.

If they’re working their nine to five, they love people, they love community, they love that. They’re very empathetic. They like their free time.

They love a stable place. Do not like instability. They don’t like risk. They’re not very good with uncertainty. They get nervous about all of these types of things. So they love to be in a place, it’s a status quo that they enjoy most of all.

A builder is someone who moves very quickly. So, a settler actually moves slowly.

Each one of us has these three in us. We have all of these behaviors. We just have a dominance and a preference for one. The builder, the settler and the nomadic.”

About the Speaker: Kevin Cottam

“Kevin Cottam is on a mission. That mission is The Nomadic Mindset. He believes people have become too narrow in their mindsets, and to survive and thrive in Industry 5.0 and the 21st century, organisational expansion is vital. The magic of a coach and a professional keynote speaker encourages this expansion by removing the barriers in the mind so possibilities can emerge, evolve, and flourish.

And these aren’t just empty words or pie-in-the-sky ideas. Kevin has migrated, lived, and worked as a coach, author, and speaker on four continents and in 15 major cities.

From his humble beginnings as a child living in a logging camp of 300 on an isolated lake in Western Canada to the ice rinks of the world as a former elite choreographer of world and Olympic figure-skating champions and director of multimillion-dollar touring skating productions and the 1988 Calgary Olympic Closing Ceremonies, Kevin has learned, lived, and experienced.

From award-winning short dance filmmaker to coaching executives in EU institutions and the private sectors to speaking at conferences, in boardrooms, and in training rooms for multinational enterprises, Kevin has attained cultural insight, awareness, and stories that enrich his inspirational speaking, coaching, and writing.

He leverages his more than forty years of a diverse and expansive life and his real-life research to build, grow, and encourage leaders to evolve and lead masterfully with a deeper whole awareness of themselves and their organisation and sustainable planet-care.

Kevin’s colourful and insightful journey researching the ancient nomadic wisdom in Mongolia, the Maasai in Southern Kenya, and the Berbers of the Sahara in Southern Morocco and Namibia and his extensive interviews with over 100 executives is the focal point of his fresh story- and image-driven leadership book, The Nomadic Mindset: Never Settle … for Too Long.”

A guided tour to Nomadic Mindset is available on the podcast, in the voice of Kevin. Listen to it now. 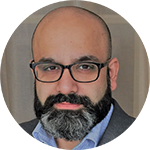