Yoga is an essential spiritual discipline which focuses on the harmony between the mind and the body. Yoga is a group of physical, mental and spiritual practices. Such practices are believed to have found their existence in Ancient India. The word, “Yoga” is derived from a Sanskrit word “Yuj” which literally means ‘to unite’. Therefore Yoga means to bring together the mind and body together in harmony. Yoga as we know it today involves a group of physical poses, concentration and focused breathing.

Yoga is believed to have started with the very dawn of civilization. Yoga as a science finds its origin thousands of years ago even before religious beliefs came into being.  Interestingly enough, in yoga, Lord Shiva is believed to be the first yogi. Hence he is also called as the first guru or ‘Adi Yogi’.

Conclusive historic evidence is the seals found from many sites of the Indus Valley Civilization. Such seals show the Yogic postures and figures performing yoga. These seals established the presence of yoga in the Indian Subcontinent in ancient times. Yoga is present in folk traditions, Buddhist and Jain Literature, epics of Mahabharat and Ramayan, theatrics of Shiva and Vishnu and even in ancient tantric traditions. The explicit explanation of Yoga is found in Bhagavad Gita which has presented the concepts of Jnana yoga, Bhakti yoga and Karma yoga.

Yoga as a way of life finds its mention in the accounts of foreign travelers to India such as FaHein and others. Though Yoga was practiced in pre-vedic period, it was Maharishi Patanjali who codified all the practices related to Yoga. He compiled the existing knowledge about Yoga into a single place. Therefore he became a prominent figure in the Yogic knowledge. There are other sources from which we know about yoga, which are Vedas, Upanishads, Smritis, Teachings of Buddha, Jain, Panini, Epics and Puranas.

Yoga in contemporary times has found its way across multiple International Borders and now canvasses the entire globe. India as a country too has always been eager to share its learning in yoga to benefit humanity and to achieve a greater good. Keeping in tune of such intent, India began celebrating International Yoga Day in the year 2015. 21st of June, every year, is now earmarked as the International Yoga Day. Yoga is also a part of cultural export of India and a great soft power tool for Indian foreign policy.

Nowadays Yoga is practiced worldwide. Yoga has now evolved to a practice where people use it for their regular well-being. The modern day Yogis now develop agility, mindfulness and resilience. There are elements of deep rest, mindfulness, and meditation in the modern day practice of Yoga. It is now a part of self-development also.  With evolution and intermingling of cultures yoga is now used with other fitness practices and combination of techniques for numerous purposes. Get in touch with a Yoga coach and take your wellness and health to the next level.

Today Yoga has become a globalized phenomenon. Yoga has taken the world by storm now that it finds renewed popularity in India. It is fair to assess that both in India and Abroad children, adults, older aged people and teenagers are now practicing yoga in multiple settings, in the gym, in schools, in college, in offices to foster their fitness and well-being. Yoga has now become a novel approach to understand, mitigate stresses and traumas. It has become a tool which helps people navigate the modern world a little better.

Now with the advent of neo-diseases such as Coronaviruses, NCDs (Non-Communicable Diseases), Stress Disorders etc. People now are thrusting towards Yoga to help them manage these diseases and overall well-being. We had an honour to welcome one passionate yoga coach to our podcast. Radha Rani is a fully qualified yoga teacher for over 10 years, Radha has been working and teaching in America, Australia, around Europe, and in the UK.

There is ample evidence from the COVID-19 experience that yoga has been helpful to manage coronavirus disease. Yoga finds its usefulness to manage patients with mild to moderate presentation of COVID-19. Breathwork, asanas, meditation exercises are found to prevent worsening of diseases and help in the recovery of patients. Yoga is helpful in Post Covid scenarios too. In Post Covid patients breathing exercises alleviate the stresses on their lungs. Meditation has helped them deal with brain fog and memory loss. Various asanas provide immunity building.

Simple practices such as AnulomVilom, Vrikshasana, Bhujangasana, Matsyasana, Paschimottasana have been recommended to manage Covid and related ailments.

In India, the Ministry Of Ayush issued various guidelines to promote Yoga in the general population, high risk age groups and persons without respiratory distress. Also a Yogic diet component is added to these guidelines.

With multiple benefits involved Yoga has found many takers in the current pandemic scenario. And also it is a way of life, not only it is helpful to manage the current covid scenario, but it is also helpful in the long term well-being.

Why Do You Need a Yoga Coach?

2020 was the year people began taking health resolutions seriously. With gyms closed, parks closed, pools closed, people turned to yoga. People all over the world took online yoga classes during the pandemic. Yoga coaches came to rescue making it simpler for people to do yoga.

A yoga health coach is a well-trained practitioner who guides students in developing healthier habits. It is similar to therapy in that two individuals discuss issues and develop goals and strategies for resolving them. As a result, they assist you in aligning your wellness journey with your priorities. Bear in mind that yoga is a disciplined and consistent practise. As a result, you require someone to guide you when you lose momentum, focus, or hope.

Additionally, if you’re ready for change but unsure where to begin, working with an experienced yoga health coach is ideal. Bear in mind that the greatest impediment to living your dream is a refusal to ask for assistance and support. You may require the services of a coach if you require specialised attention or if you are prepared to invest in yourself for total transformation. Investing in a yoga health coach is not a frivolous expenditure. Indeed, paying for this service is a cost-effective investment, as you will gain access to a plethora of benefits that will ultimately improve your quality of life.

Keeping with the set traditions, International Day of Yoga will be celebrated on 21st of June this year also. The theme of this year’s event is, “Yoga at Home and Yoga with Family”. It is aimed to encourage wellbeing and fitness now that people in most countries find themselves at home. It is aimed to promote efficiency, mental health, physical fitness, disease mitigation not just for one but for everyone in the family. International Yoga day keeps the spirit alive of the word Yoga, i.e. to bring together. Let’s pledge to make yoga a daily practice,  bringing together our mind, body and soul! 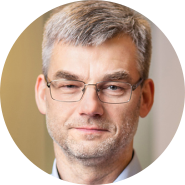